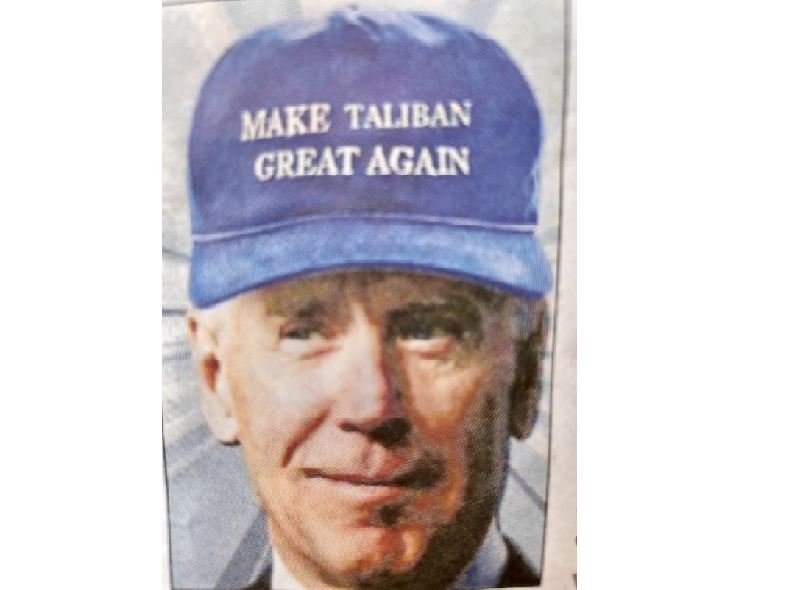 The Democratic National Committee has released a statement praising Joe Biden after he “defied expectations” in Afghanistan.

The DNC credits Biden for taking “the steps necessary to finally end a 20-year long war”. This is a disgusting lie.

DNC: President Biden has defied expectations and exceeded even his own administration’s goal in successfully ramping up evacuations from Afghanistan. Not only has President Biden evacuated nearly 60,000 people from Kabul with no American casualties, but he has taken the steps necessary to finally end a 20-year long war, bring Americans home, and keep our promise to our Afghan partners.

The Democratic National Committee wants you to know: It’s been a success. pic.twitter.com/Y1y8D7z8Si

This isn’t some sick joke.

Joe Biden has set the bar for failure as a Commander in Chief.

According to the flight company evacuating civilians, the Biden Regime has been nothing but an impediment to their work rescuing Americans in Kabul.

The Taliban is fully funded and armed to the teeth. This war is not over and terror threats in the middle east will only grow to become more hostile. They do not fear Joe Biden.

Biden Effect: The Taliban’s Badri 313 Unit in US Uniform and Armed with US Weapons Are “Guarding” Kabul Airport at Request of Biden Regime

When Joe Biden was worried about the headlines, he told his commanders not to go out and rescue Americans trapped in Kabul.

Joe Biden has turned his back on America.