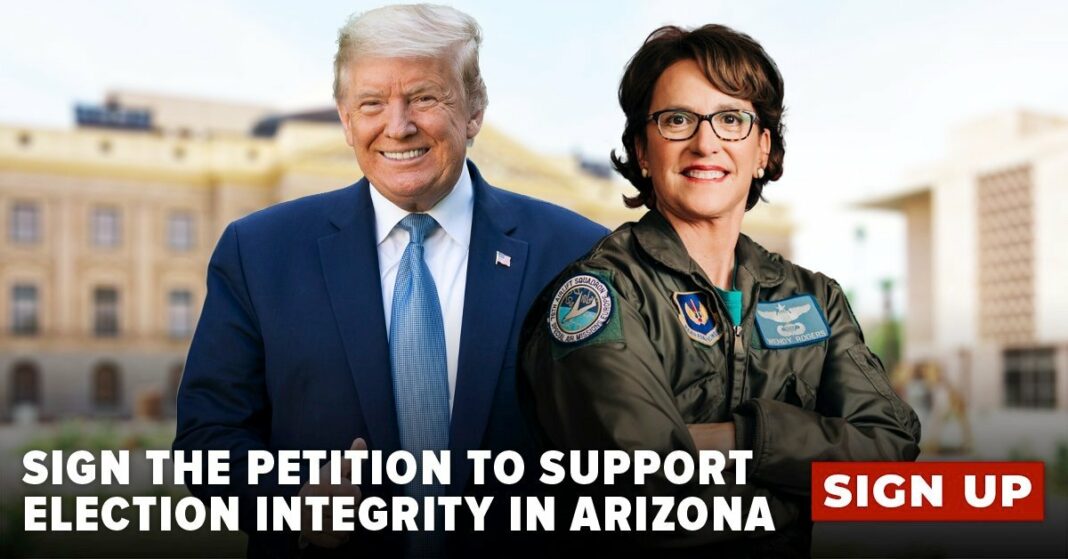 Senator Rogers joined Georgia Gubernatorial Candidate Vernon Jones last Friday and Saturday for the “Take Georgia Back” election integrity tour, and now shes in Ohio for her next stop.

Since Mike Lindell’s Cyber Symposium, Senator Rogers has been touring the nation and fighting for election integrity.

AZ State Sen. Wendy Rogers Is TRAVELING THE COUNTRY To Fight For Audits – “EVERY COUNTY That Had Machines NEEDS to Be Audited”

Arizona State Senator Wendy Rogers is leading the nation in the fight to audit all 50 states. Rogers started a petition to decertify the election and she has “well over a quarter of a million signatures”.

Arizona State Senator Wendy Rogers – Petition to Decertify the 2020 Election: 204k Signatures – “We Are Working Our Way to The Goal of 1 MILLION.”

This is a nationwide petition. Anybody in the country can sign.

Biden’s Policies Cause Surge in Unaccompanied Minors and Greater Chance of Child Trafficking –...