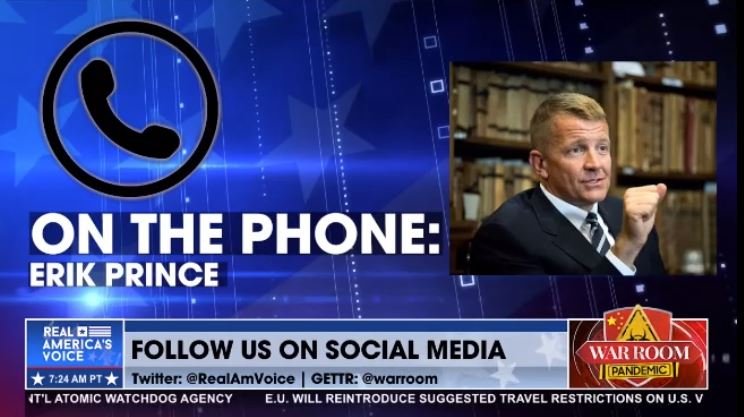 Blackwater founder Erik Prince called in this morning to The War Room with Steve Bannon. Prince and his team are currently working to rescue Americans, US allies and minorities from Afghanistan before the the US pulls out of Kabul Afghanistan on August 31st.

Erik Prince called from a location near Afghanistan where he is working to save Americans and Afghan allies.

This is beyond incompetence. This is just evil.

Steve Bannon was stunned with the accusations from Prince.

Via The War Room.

The post “The Opposite of Dunkirk” – Erik Prince: Biden Regime Is Telling Local Governments Not to Cooperate with Private Contractors Rescuing Americans in Afghanistan (VIDEO) appeared first on The Gateway Pundit.