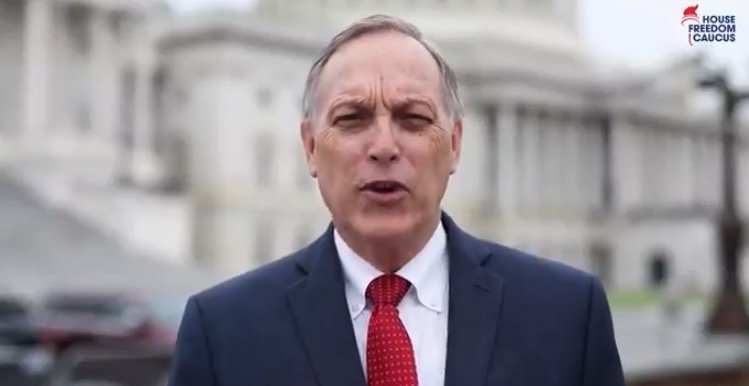 The House Freedom Caucus is demanding accountability after the disaster that the Biden Regime caused in Afghanistan, resulting in the death of 13 U.S. troops.

Joe Biden was given the opportunity to secure Kabul Airport but he turned it down, trusting terrorists to safely evacuate Americans. Biden let a suicide bomber kill 13 American troops last Thursday.

before this attack happened, Joe Biden abandoned Americans and American military equipment in Afghanistan and the hands of the Taliban.

This regime is the greatest threat to our national security. Members of The House Freedom Caucus have seen enough and they released an amazing video, calling on the impeachment of Secretary Blinken and the resignation of Joe Biden, Lloyd Austin, and Mark Milley, who all oversaw this catastrophic loss.

All: The House Freedom Caucus is demanding accountability and Speaker Pelosi needs to call Congress back into session. While overseeing that withdrawal from Afghanistan, Secretary Blinken failed to protect American citizens, our troops, and our allies. However, he succeeded in handing over military equipment to terrorists, while taking orders from the Taliban. This incompetence led to the death of eleven Marines, one Navy hospital corpsman and one army soldier, making it the deadliest day in a decade.

Secretary Blinken must be impeached. We can not stop there. This administration’s incapacity is a national security threat. The House Freedom Caucus is calling on the resignation of President Joe Biden, Secretary of Defense Lloyd Austin, and General Mark Milley. The house should return to session to hold these men accountable. This administration’s weakness is the Taliban’s strength. It’s time to drain the Swamp.

Congressman Bob Good, a member of The House Freedom Caucus and a guest star in the video said,

President Biden must resign. This administration has weakened America and strengthened the Taliban.

President Biden must resign. This administration has weakened America and strengthened the Taliban. https://t.co/9XQ0Zri0Ks

Nancy Pelosi needs to call the house back into session immediately.

The post WATCH: House Freedom Caucus – “This Administration’s Incapacity Is A National Security Threat. It’s Time To DRAIN THE SWAMP” appeared first on The Gateway Pundit.