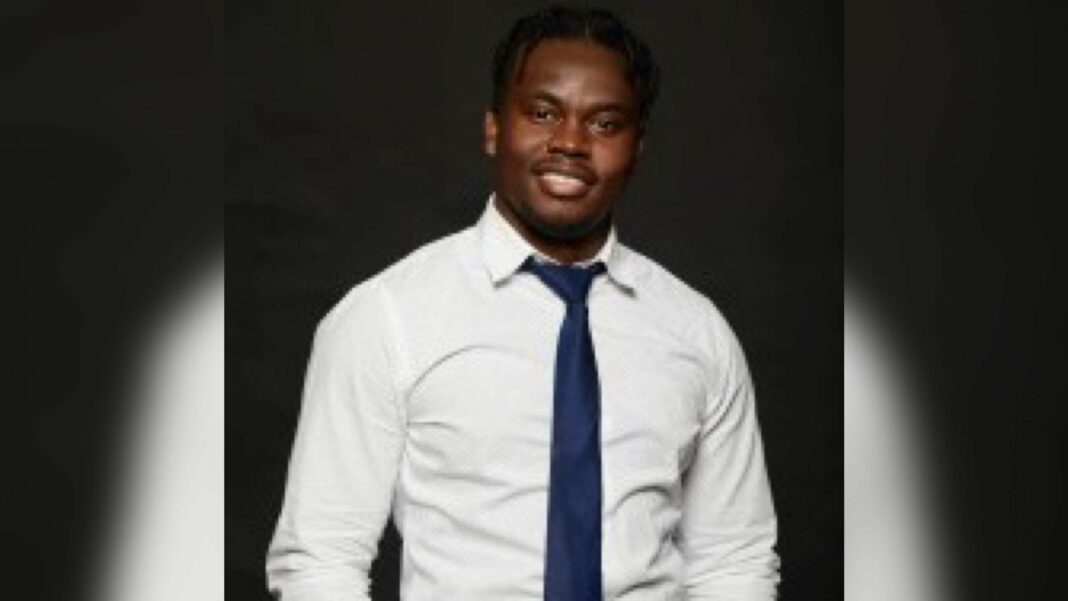 A reader from Gateway Pundit has reached out and sent us a screenshot of an old Facebook post where Muthangya said, “I am a righteous black guy that ABSOLUTELY loves the white women’s embrace! Without white women I am nothing, white women fuel my penis tank. LMS if you’re a white women and will let me recharge my tank.”

Here’s an excerpt from the email sent to Gateway Pundit on Sen. Bob Menendez’s staffer Brian Muthangya from Kenya:

As a white woman, I got breathless with anger and fear when I read his post on Facebook. How could such a badass shamelessly sit in the Senate office of US Capitol? It’s beyond me!

His boss, Sen. Bob Menendez once said “for centuries in this country white supremacy has thrived on using fear to justify oppression, discrimination and violence against people of color”. However, this black guy who works closely with him everyday indeed makes white ladies shake with anger and fear.

Brian Muthangya should not and never be allowed to perform the holy duties endowed by US constitution anymore. He should be fired immediately and banned by US legislation system! More importantly, Sen. Bob Menendez, Brian’s boss, should come out and explain why he keeps the potential rapist in his Senate office. Bob Menendez hired and kept an illegal Peru immigrant as office intern until the intern being arrested in 2012. This time, the public deserve a clear answer.

“Look, I get no one likes to be called racist, but sometimes there’s just no other way to describe the use of bigoted tropes that for generations have threatened Black lives by stoking white fear of African Americans and Black men in particular,” Menendez said on the Senate floor.

“I don’t think the senator is ignorant of the fact that for centuries in this country white supremacy has thrived on using fear to justify oppression, discrimination and violence against people of color,” Menendez said. “I do, however, think my colleague may be ignorant of the pain caused by his comments and unaware of how they compound the trauma that so many still feel in the wake of the events of January 6.”

Senator Menendez might want to clean out his own office before he lectures anyone on race relations.

Before and After: Serial Liar Adam Schiff Refuses to Commit to Testifying before Congress after Threatening Trump for Years with House Subpoenas (VIDEO)