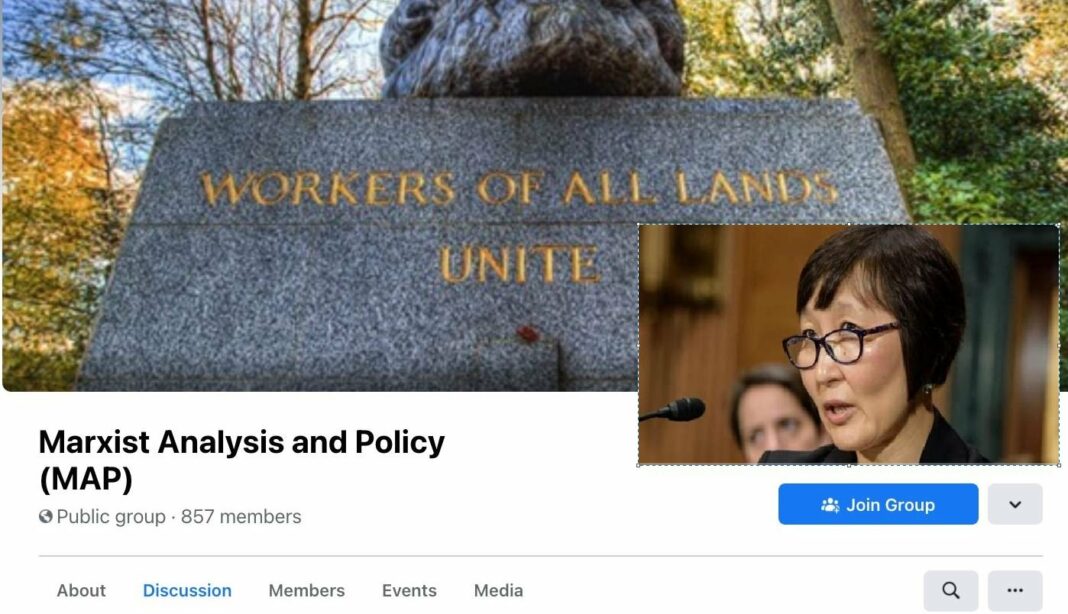 The Biden regime recently nominated an open Marxist to the role of comptroller of the currency. Saule Omarova was nominated run the key post that regulates national banks last month.

Saule Omarova was born in the USSR and is a devout Marxist.

She refused to turn over her thesis on Maxism to the Senate when she was nominated by Biden to run the banks.

Biden’s Pick for Comptroller of the Currency, Born and Raised in Communist USSR, Won’t Hand Over Her Thesis on Marxism Written When She Was in the USSR

And now internet sleuths discovered that Omarova joined a Facebook group for Marxists and socialists back in 2019.

Again — this was only two years ago in 2019.
The Biden-Obama regime wants her to control the banking system in America.

Saule Omarova, President Biden’s pick to be the comptroller of the currency within the Treasury Department, appears to have joined a Facebook group for Marxist and socialist discussion in 2019, according to a post in the group called “Marxist Analysis and Policy.”

The post links to a Facebook account that’s been in operation since at least 2017 with a profile picture that appears to be of Omarova. The account’s profile picture has 85 visible likes and 14 visible comments, some of which appear to be from people who would reasonably run in the same social circles as Omarova. Those include a University of Minnesota law professor and a Cornell engineering professor.

The White House announced that it is nominating Omarova – a Cornell law professor – to run the key post that regulates national banks last month.

The post Biden’s Treasury Nominee to Regulate US Banking Is Open Marxist Who Joined Facebook Marxist Analysis Page in 2019 appeared first on The Gateway Pundit.

Report: Jeff Bezos ‘May Sell’ Washington Post in a Bid to Buy the NFL’s Washington Commanders

Report: Jeff Bezos ‘May Sell’ Washington Post in a Bid to Buy the...