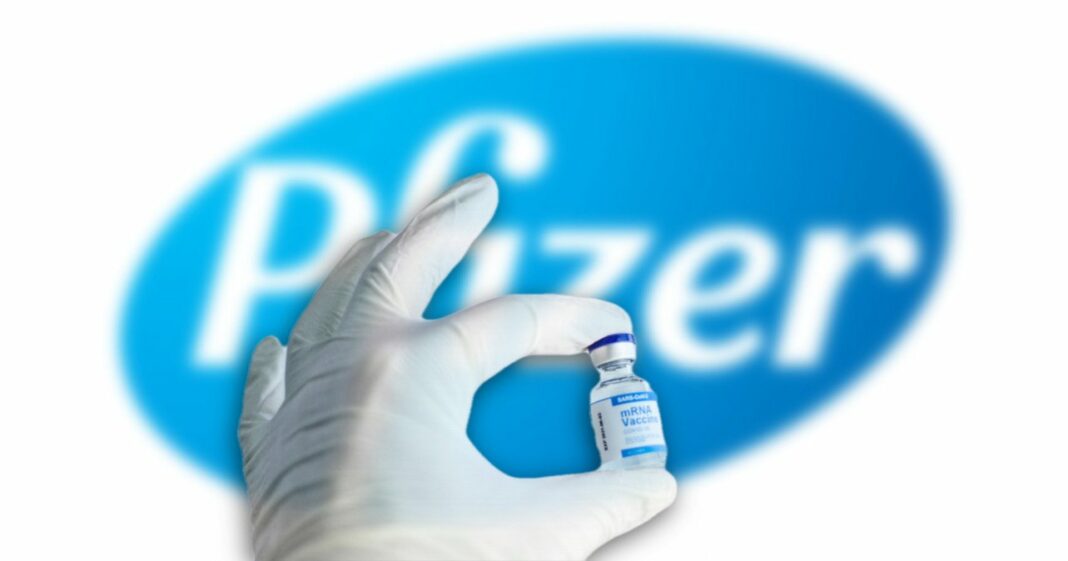 The Food and Drug Administration (FDA) released the first batch of documents related to Pfizer’s Covid-19 vaccine after a federal judge ordered that they must comply with a massive Freedom of Information Act (FOIA) request that was filed by a government accountability group called Public Health and Medical Professionals for Transparency.

The esteemed group of more than 30 professors and scientists asked the federal government to share any and all data that factored into the agency’s hasty decision to grant Pfizer’s experimental mRNA vaccine an emergency use authorization (EUA) – which amounts to a trove of over 329,000 documents.

In a shameless effort to bury the information, the FDA challenged the FOIA request in court. After the agency was told that it must turn over the documents, Justice Department lawyers representing the FDA asked a federal judge to allow them an unthinkable 55 years to process the request, saying that they would be able to release just 500 pages a month.

In other words, Elon will make it to Mars way before the documents would be fully released – in the year 2076.

FDA Won’t Release Information on Pfizer COVID Vaccine Trials for Another 55 Years – What Are They Hiding?

A motion that was also filed by the same group of doctors and scientists is currently pending in federal court that would force the FDA to expedite processing and releasing these documents.

Meanwhile, the FDA still has to comply with the original order to begin turning over documents. Lo and behold, the first release is a bombshell.

According to an official Pfizer document that is titled Cumulative Analysis of Post-Authorization Adverse Event Records Reports, in just the first 90 days of the vaccine’s roll out under the FDA’s EUA – from December 1st. 2020 – February 28th, 2021 – there were TENS OF THOUSANDS of reported adverse reactions, including OVER 1200 DEATHS.

As ordered by the courts the FDA must release the data it based it’s EUA for the Pfizer shot.

The FDA requested the courts to keep this information confidential for no oess than 55 YEARS!!

The court returned with an order to release 500 documents a month. pic.twitter.com/CZI24LItfR

The report only included adverse events to the vaccine that researchers considered “serious cases,” there were thousands more submissions that were left out of this data.

Any cases deemed “non-serious” would be processed within 90 days, but this report was released before 90 days of Pfizer’s vaccine being available had even passed.

“Due to the large numbers of spontaneous adverse event reports received for the product, the MAH has prioritised the processing of serious cases, in order to meet expedited regulatory reporting timelines and ensure these reports are available for signal detection and evaluation activity.

Non-serious cases are processed as soon as possible and no later than 90 days from receipt. Pfizer has also taken a multiple actions to help alleviate the large increase of adverse event reports.”

In all, the report states that there were a total of 42,086 case reports of individuals who had an adverse reaction to Pfizer’s vaccine worldwide, with the largest number (13,739) coming from the United States and from the UK (13,404).

According to the documents women (29,914) were over 3x more likely to experience a reaction than men (9182). A total of 1223 individuals had a fatal reaction to the experimental Pfizer vaccine.

4/
Please keep in mind these are AE that we’re recorded in the first 3 months alone from December 1st to February 28.

By all means and confirmed by Pfizer these are only “recorded AE” and there for it might be a small sample of the true number of AE’s that actually
Took place. pic.twitter.com/5NCZ1wrnQX

How did the FDA not immediately pull the experimental jab out of circulation? Let alone grant multiple extensions of the EUA to Pfizer while working with the fraudulent Biden regime to push a needle into the arm of every single American.

The document also makes it clear that the data only includes “recorded adverse events,” which even the author admits is likely just a portion of the true number of adverse reactions that took place.

Again, keep in mind, this is within the first 90 days of the Pfizer jab’s availability.

From the Pfizer document:

“Reports are submitted voluntarily, and the magnitude of underreporting is unknown.

Some of the factors that may influence whether an event is reported include: length of time since marketing, market share of the drug, publicity about a drug or an AE, seriousness of the reaction, regulatory actions, awareness by health professionals and consumers of adverse drug event reporting, and litigation.”

Pfizer’s “confidential” Covid-19 vaccine adverse reaction review ends with thousands of conditions that are of “special interest” and could possibly develop after taking their experimental jab. The single-space typed list continues for an astonishing 9 pages.

Yet somehow the paper concludes that the “review of available data” was good enough and demonstrated a “favorable benefit-risk balance” for the rushed vaccine.

What’s the benefit-risk balance on a virus that has a 99.9% recovery rate? The benefit – at least for Pfizer – is clear; It doesn’t matter how many otherwise healthy lives are lost – they are CASHING IN to the tune of $1,000 PER SECOND with a projected $36 BILLION in profit this year from the vaccine alone – it’s criminal.

The full document can be found here.

The FDA clearly agreed with Pfizer, extending the EUA despite the high number of deaths and serious reactions in the short amount of time Pfizer’s jab had been available.

What else are they hiding?

The post Court Orders FDA To Comply With FOIA and Release Information On Pfizer Vaccine – First Batch of Documents Shows Over 1,200 Vaccine Deaths WITHIN FIRST 90 DAYS appeared first on The Gateway Pundit.