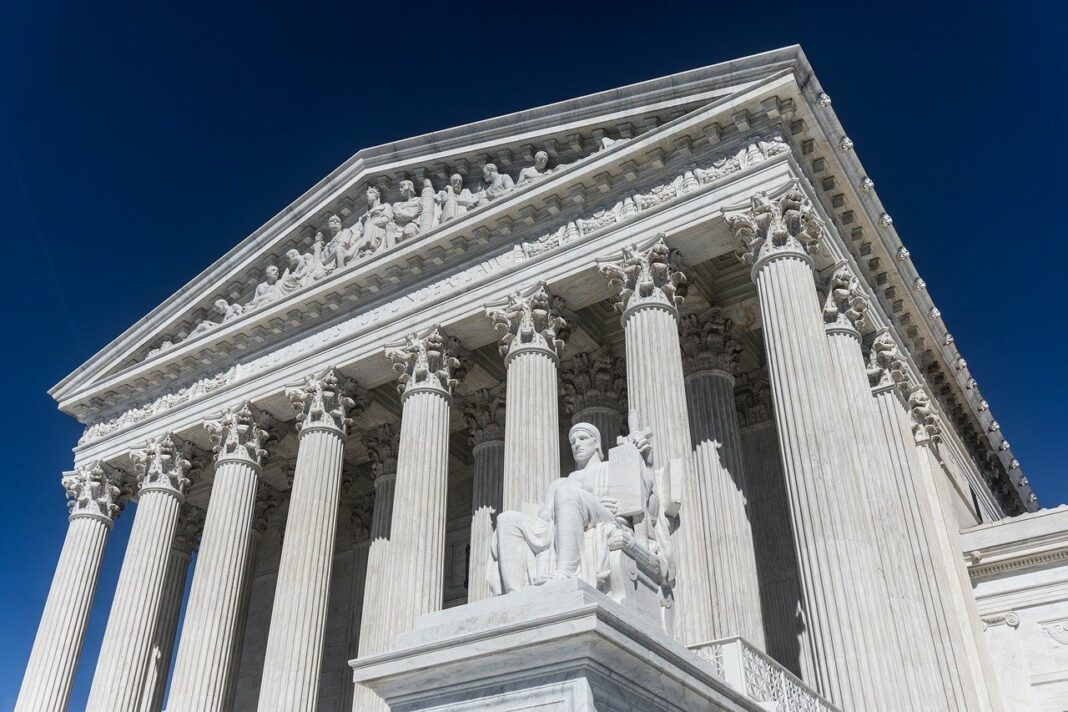 A whopping 76 percent of Americans disagree with Joe Biden’s vow to only consider black women to replace Justice Stephen Breyer on the Supreme Court.

The findings from a newly released ABC News/Ipsos poll indicate that Biden’s attempt to virtue signal may very well fall flat — just like nearly everything else he does to try and appease progressives.

“On the subject of the Supreme Court’s vacancy when Breyer retires from the bench, 76 percent of respondents said Biden should consider all possible nominees, while only 23 percent believe he should consider exclusively Black women for the nomination,” Mediaite reports. “The ABC/Ipsos poll also asked participants if they think Supreme Court justices mainly rule on the basis of the law, or on their partisan political views. Forty-three percent said justices make their rulings based upon their political views, 38 percent said it was on the basis of the law, and 18 percent said they were unsure.”

Mississippi Republican Sen. Roger Wicker pushed back on choosing a justice based on their appearance in an interview last week.

“The irony is that the Supreme Court is at the very same time hearing cases about this sort of affirmative racial discrimination and while adding someone who is the beneficiary of this sort of quota,” Wicker told local radio station SuperTalk Mississippi last Friday.

The White House has confirmed that they are considering South Carolina District Court Judge Michelle Childs, who is a black woman.

“Judge Childs is among multiple individuals under consideration for the Supreme Court, and we are not going to move her nomination on the Court of Appeals while the President is considering her for this vacancy,” White House Deputy Press Secretary Andrew Bates said in a statement, obtained by Fox News. “At the same time, reporting indicating that the President is only seriously considering three potential nominees is incorrect.”

The report added that “Childs had been scheduled to appear at a hearing on Capitol Hill on Tuesday as part of the confirmation process for the Washington, D.C. Circuit Court of Appeals for which Biden nominated her in December.”

House Majority Whip James Clyburn, who pressured Joe Biden to nominate a black woman to the court before endorsing him during the 2020 election, has expressed support for Childs. He also said that he has been lobbying for her nomination with “the president and his people.”

“Now, as it relates to who, I don’t have anything against the seven or eight names that I have been floated as possibilities, the all great people,” Clyburn, who represents South Carolina’s 6th congressional district, told the Washington Post. “The fact of the matter is, I have been discussing Michelle Childs with the president and his people now for, I guess at least 13 months now.”

Biden has said that he intends to announce his official nominee by the end of February.

On Thursday, Biden once again affirmed that he intends to nominate a black woman.

“Our process is going to be rigorous. I will select a nominee worthy of Justice Breyer’s legacy of excellence and decency,” Biden said. “While I’ve been studying candidates’ backgrounds and writings, I’ve made no decision except one: The person I will nominate will be someone with extraordinary qualifications, character, experience and integrity. And that person will be the first Black woman ever nominated to the United States Supreme Court.”

The post Over 75 Percent of Americans Disagree With Biden Only Considering Black Women for Supreme Court appeared first on The Gateway Pundit.