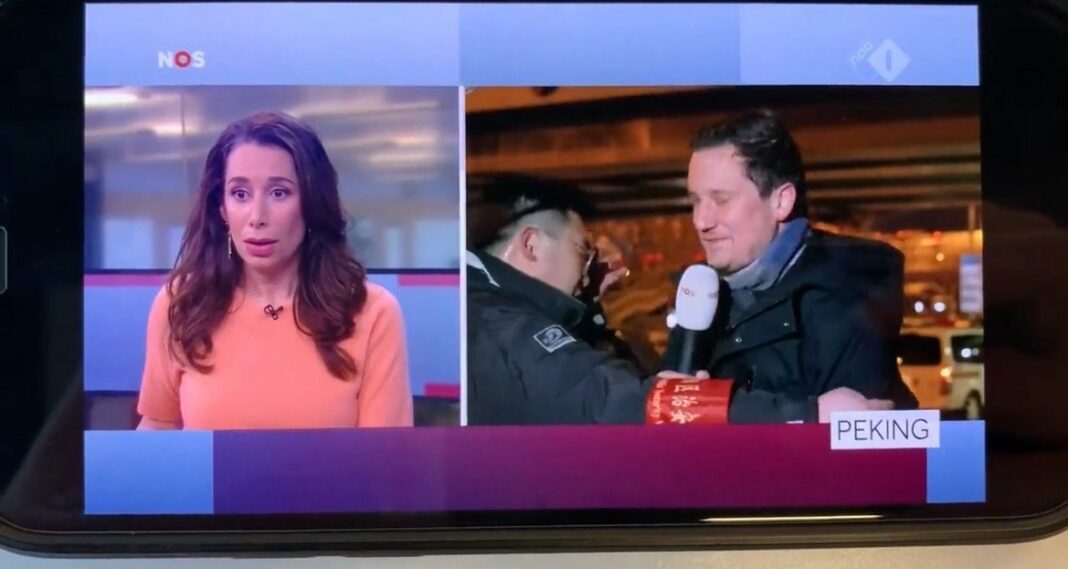 Sjoerd den Daas, a correspondent for Dutch public outlet NOS, was physically removed by Chinese authorities during a live broadcast from the Beijing Olympics on Friday.

“Our correspondent @sjoerddendaas was pulled away from the camera by security guards at 12:00 pm live in the NOS Journaal. Unfortunately, this is increasingly becoming a daily reality for journalists in China. He is fine and was able to finish his story a few minutes later,” NOS tweeted.

Some speculated NOS may not have shown their official permit on that square to be allowed to film there.

Instead of just asking the film crew to show their permit, Chinese officials flex their power and physically assaulted the reporter.

China should never be allowed to host an Olympic event ever again.

The CCP has already been caught spying on athletes’ and journalists’ phones at the Beijing Winter Olympics.

After reverse engineering all of the #Beijing2022 #spyware app for @Apple #ios and @Google #Android
I can definitively say all Olympian audio is being collected, analyzed and saved on Chinese servers using tech from USA blacklisted AI firm @iflytek1999 https://t.co/9wX1sP8PZP pic.twitter.com/hdIfiKX37m