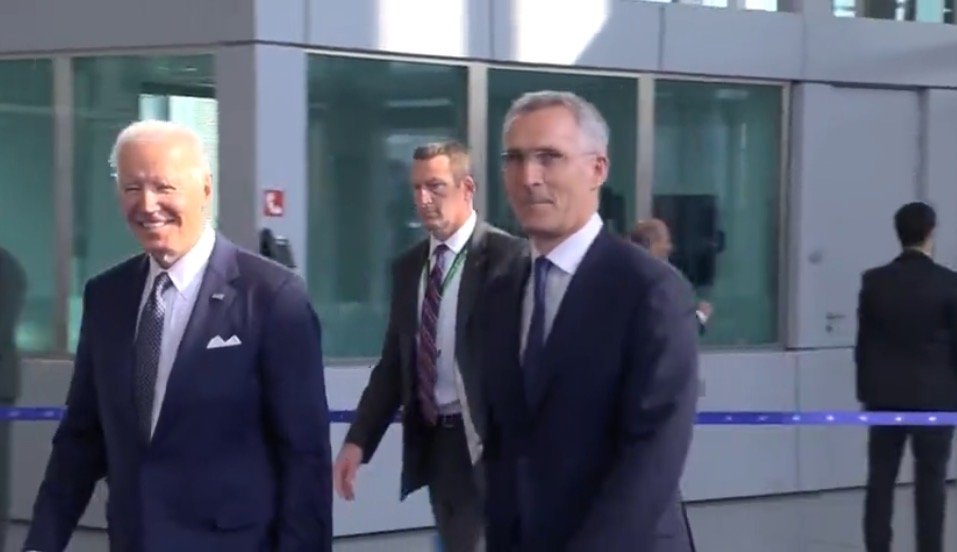 Joe Biden arrived in Brussels, Belgium on Thursday for meetings with members of NATO, G-7 and the European Union.

Biden was the only world leader who didn’t answer any questions upon arrival.

President Biden has arrived at NATO – he is the only world leader who has not stopped to speak to press so far.

Fox News reporter Jacqui Heinrich said Biden’s handlers swatted the press away, saying “no, no, no, no.”

The post Joe Biden is the Only World Leader to Not Take Questions From Reporters Upon Arrival at NATO Headquarters (VIDEO) appeared first on The Gateway Pundit.