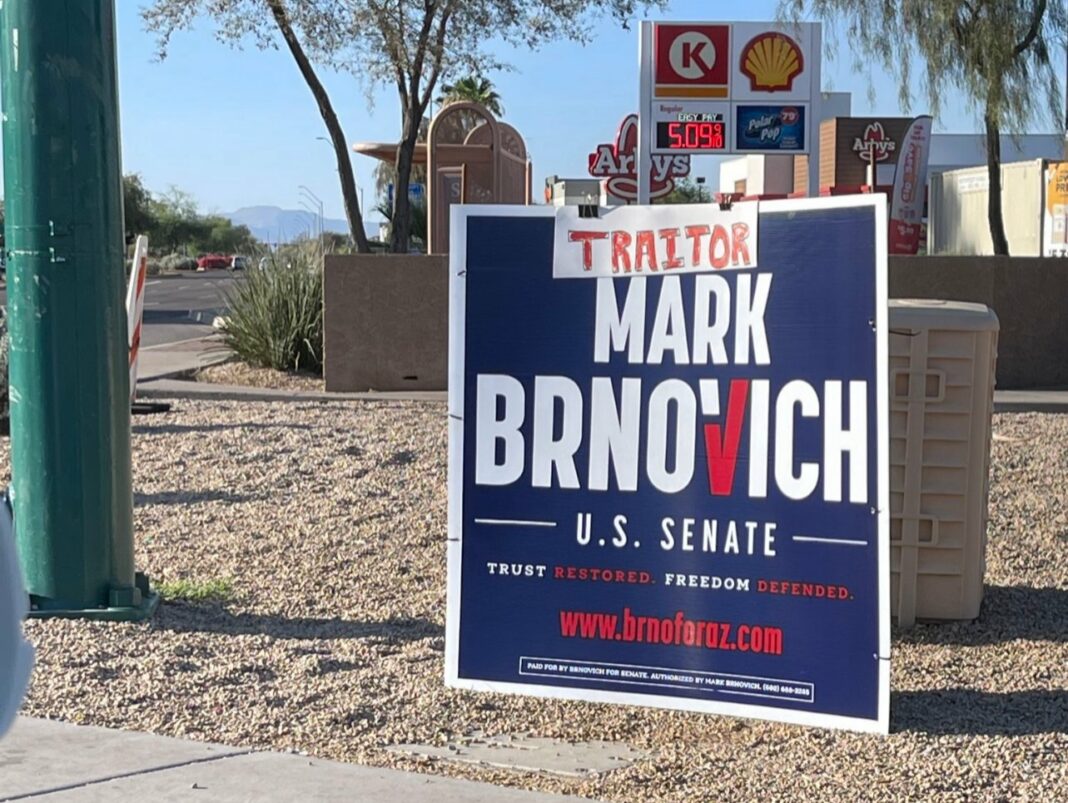 Arizona Attorney General RINO Mark Brnovich recently told Arizona voters to “just shut the hell up” after he was booed on stage at the Freedom Works US Senate candidate forum in Phoenix, Arizona.

“It was a very respectful ‘shut the hell up,’” joked Amalia Halikias, campaign manager for Trump-Endorsed US Senate Candidate Blake Masters.

The Gateway Pundit reported that US Senate candidate Mick Maguire eviscerated Mark Brnovich on his failed election integrity record during Thursday’s forum. The crowd also booed at Mark Brnovich when Maguire called out his failure to act.

The Gateway Pundit has reported extensively on the findings of 2020 election investigations across the State of Arizona and Brnovich’s ineptitude as Attorney General.

Many months after the full forensic election audit, Mark Brnovich finally released a long-awaited “interim report” on the Maricopa County election audit, where he described Maricopa County’s ongoing failures to comply with his investigation. Brnovich revealed that “between 100,000 and 200,000 ballots were transported without a proper chain of custody.” The actual number of ballots lacking chain of custody documentation is believed to be much higher, and Brnovich failed to mention the 200,000 ballot signature issues identified by Dr. Shiva.

“The EIU’s review has uncovered instances of election fraud by individuals who have been or will be prosecuted for various elections crimes,” stated his report.

Despite these horrible crimes and the massive evidence that has been presented, said prosecutions have not been made. Instead, “he wants to be politically correct,” said President Trump.

When asked about election integrity and the federalization of elections, Brnovich attempted to explain himself and defend his record, but the crowd just wasn’t having it.

“Grab your nunchucks,” one attendee ridiculed Brnovich right before he spoke. The voters then laughed at Brnovich. It was so embarrassing for him!

Mark Brnovich is infamous for his out-of-touch nunchuck performance, which he posted to Twitter as our nation crumbled under the weight of a stolen election.

As Brnovich responded to the question with bogus excuses and alleged results, the crowd began to heckle him more. Brnovich asked the crowd for some respect, and then he proceeded to tell them to “just shut the hell up.”

MAAP Real Talk Show’s George Nemeh covered this event and shared footage from the entire forum on his Rumble page.

Mark Brnovich is such a loser!