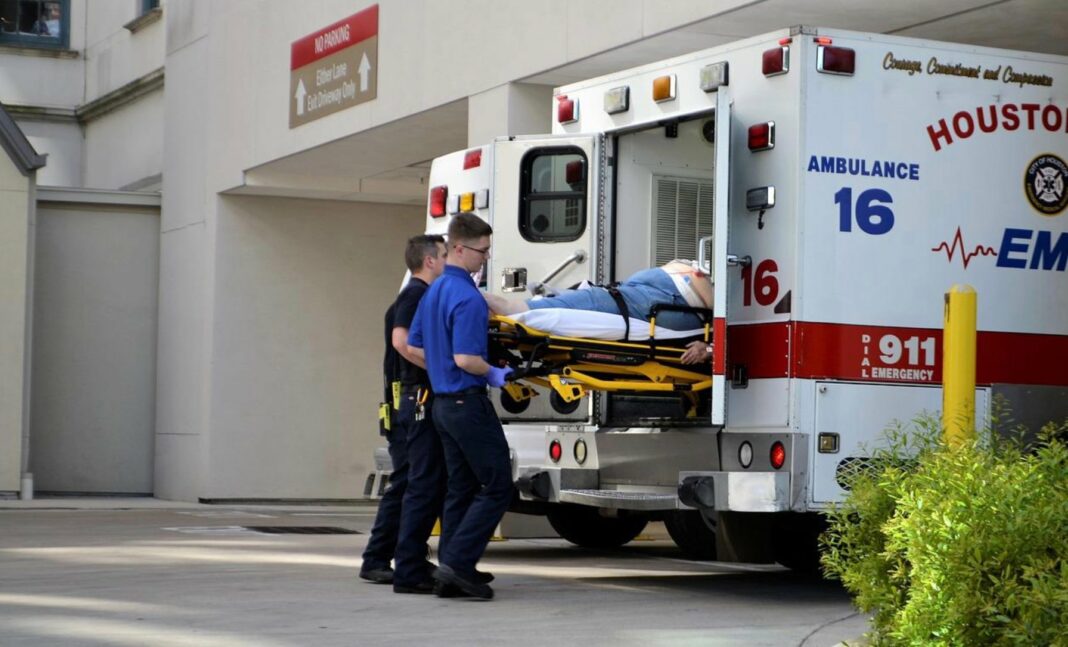 The entire world is confronting an epidemic of Sudden Adult Death Syndrome, and health experts are still looking for answers. The syndrome is striking down healthy and active young people.

According to a recent article in the Daily Mail, people under 40 are being encouraged to have their hearts tested because they may be at risk of Sudden Adult Death Syndrome.

The term “Sudden Arrhythmic Death Syndrome” (also known as “SADS”) refers to a sudden and unexpected death that occurs in adolescents and adults, typically during sleep caused by cardiac arrest, for which there is no evident explanation that can be established.

“The syndrome, known as SADS, has been fatal for all kinds of people regardless of whether they maintain a fit and healthy lifestyle,” the Daily Mail reported.

Author and researcher, April Hunter, tweeted about how the so-called health experts are trying to persuade us that gardening and falling asleep in front of the TV brings an early death.

There has been a shocking spike in unexplained deaths reported in the past year among 18-49 year-olds in the US.

The elites are grooming you to believe everything causes SADS when we all know better.

Gardening will give you a heart attack and falling asleep in front of the TV brings an early death. See a pattern? They’re grooming you to believe that the massive amount of early deaths coming or because of TV and gardening.

Not because of untested pharmaceuticals. #sads pic.twitter.com/a7GnXrcrh5

Below is the list of articles reported by so-called health experts to explain the recent spike in SADS.

“Medics found that pollutants in the soil could have a ‘detrimental effect on the cardiovascular system’. Writing in Cardiovascular Research, a journal of the European Society of Cardiology, the authors said soil pollutants include heavy metals, pesticides, and plastics. They state that contaminated soil could then lead to increasing oxidative stress in the blood vessels, which in turn leads to heart disease. Dirty soil can get into the blood stream, through inhalation.”

Daily Mail: Expert warns that shoveling snow can be a deadly way to discover underlying cardiovascular conditions as straining the heart with physical activity could cause sudden death

“Dr John Bisognano, head of preventive cardiology at the University of Michigan Health Frankel Cardiovascular Center, warned that people who live stagnant lives could end up straining themselves to the point of death while shoveling snow. ‘Many people haven’t done a lot of exercise for the rest of the year and shoveling snow is not only a heavy exercise, but an exercise that really stresses the entire cardiovascular system,’ Bisognano said in a university release.“

“A doctor has warned that today’s huge hike in gas and electricity prices for 22million homes across the Uk could mean a rise in heart attacks and strokes. Dr Amir Khan spoke out on ITV’s Lorraine this morning, as he fears the huge new bills will have a devastating effect on people’s health. As a doctor, he said he knows he will see the effects on patients attending his GP practice.”

Wales Online: Sweating more than usual and at night could be a sign of heart attack

“Sweating more than usual could be a sign of an impending heart attack, experts say. Night sweats are also a sign for women that they have heart issues. It’s well-known that heart attacks can be life-threatening and the sight of someone in a TV drama clutching their chest as they struggle for breath is a common one. However, in real life there are several early warning signs to be aware of.”

“Snoring is not only a noisy nuisance — it may also be a sign of sleep apnea. Not everyone who snores has this underlying condition. For those who do, snoring can lead to heart failure.”

“A new study finds that if we could limit our daily television viewing, we could reduce our risk of heart disease. They found that people who watched more than four hours of TV a day were at the greatest risk of developing heart disease while those who watched less than an hour of TV a day had a 16-percent lower rate. Interestingly, time spent using a computer did not appear to influence heart disease risk.”

Daily Mail: Entirely new kind of ‘highly reactive’ chemical is found in Earth’s atmosphere – and it could be triggering respiratory and heart diseases and contributing to global warming, scientists claim

“Scientists have detected a new type of extremely reactive substance in the Earth’s atmosphere that could pose a threat to human health, as well as the global climate. The research team claims that the hydrotrioxides are likely to be able to penetrate into tiny airborne particles, known as aerosols, which pose a health hazard and can lead to respiratory and cardiovascular diseases.”

“Experts have now warned that the stress that builds up due to travel issues could be putting you at risk of silent killers. Superintendent pharmacist Abbas Kanani at ChemistClick said unexpected events such as grounded flights and refund issues could trigger physical changes in the body. He explained: “Holidaymakers deciding to sleep in airports, buy unhealthy meals and increase the consumption of alcohol when faced with continuous uncertainty could be at risk of high cholesterol which can lead to the life threatening condition, heart disease.”

“Scientific research has found that the transition to daylight saving time, could be linked to heart disease and strokes, according to a report from the American Heart Association.”

New Scientist: Taller people may have a higher risk of nerve, skin and heart diseases

“Being taller may increase your risk of developing nerve, skin and some heart diseases, according to the largest study linking height and disease to date. The findings suggest that height could be used as a risk factor to prioritise screening tests for those at greatest risk of certain diseases.”

“The historical discriminatory housing policies known as “redlining” are associated with heart disease and related risk factors today in impacted neighborhoods, more than 60 years after they were banned, according to a study published today in the Journal of the American College of Cardiology. Health disparities have been linked to a variety of socio-economic, environmental and social factors, and this study adds to growing evidence of the long-term cardiovascular impacts disparities can have on vulnerable populations.”

Medical News Today: What is the link between cold weather and heart attacks?

“Cold weather exposure can increase the risk of cardiac responses, including heart attacks. This is because blood vessels respond to low temperatures by constricting, which increases blood pressure and reduces circulation, putting strain on the heart.”

“Millions of Americans fall asleep each night in front of the TV — but a new study has found the practice could contribute to an early death. Researchers at the Northwestern University School of Medicine examined the impact of ambient light on the health and sleeping habits of 552 people between the ages of 63 and 84.”

The post What a Crock! Here’s What the Fake News Media and So-Called ‘Experts’ Are Trying to Tell Us About HUGE SPIKE in Sudden Arrhythmic Death Syndrome appeared first on The Gateway Pundit.

UNBELIEVABLY HEARTBREAKING J6 VIDEO! Exclusive CRYSTAL CLEAR Video of Rosanne Boyland as She DIED on Steps of US Capitol on January 6 – WHY...

“We Must Clean Out the Rot and Corruption in DC” – President Trump on...

Mainstream Media Said Bitcoin-Friendly El Salvador Would Default On Its Debt – But It...

“Joe Biden’s Like Mr. Magoo…as Idle-Headed as Any President We’ve Ever Seen” – Senator...

Another Poll Shows President Trump with a 35 Point Lead Over All Other Potential...