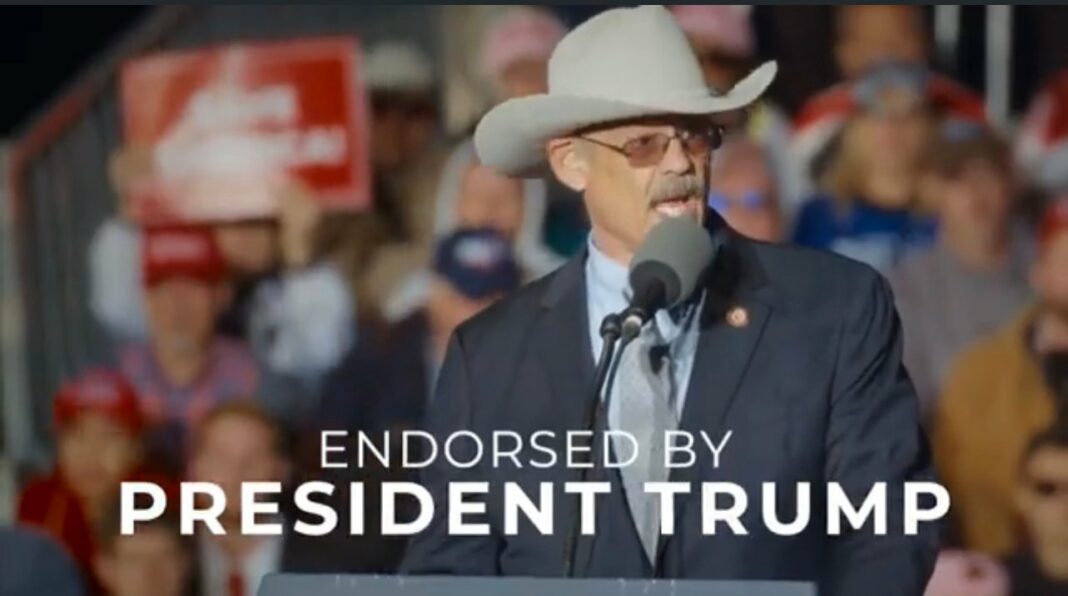 President Trump yesterday exposed Michelle Ugenti-Rita in a new statement as a “weak Never Trumper” RINO” who is “friends with all the Radical Left Democrats.”

According to a recent poll, Mark Finchem leads all primary competitors with 13% favoring him, 9% for Ugenti-Rita, and only 2% for Governor Doug Ducey-endorsed RINO Beau Lane, however, 73% of voters were undecided.

Mark Finchem’s leadership and “incredibly powerful stance on the massive Voter Fraud that took place in the 2020 Presidential Election Scam” led to the first-ever full forensic election audit in Maricopa County, which discovered that the 2020 election was compromised with hundreds of thousands of ballot discrepancies.

The Gateway Pundit reported that the Arizona establishment is already gearing up to steal another election, and the Maricopa County Republican Committee Chairwoman has refused requests from the Arizona GOP to appoint a signature challenger for early ballot signatures. Every vote will count regardless of its legitimacy!

Mark Finchem is the fearless election integrity fighter that Arizona needs to secure the Southern Border and the State’s elections.

Arizona State Representative Mark Finchem is running for Secretary of State, and he is the kind of fighter we need to turn Arizona and our Country around. Mark is tough, strong, and he loves his State. His opponent, Michelle Ugenti-Rita, is a weak “Never Trumper” RINO, and friends with all the Radical Left Democrats. She doesn’t make a move without them, and their sole purpose is to stop Mark Finchem because they know he is the only candidate who will put an end to the Weak Border and Massive Voter Fraud. He will bring Integrity back to our Elections. Vote for Mark Finchem on August 2, he has my Complete and Total Endorsement—he will not let you down!

Vote for Mark Finchem on August 2nd and support his campaign here!

The post “He Is the ONLY Candidate Who Will Put An End To The Weak Border And Massive Voter Fraud.” – President Trump Gives Mark Finchem Another Endorsement, EXPOSES “Never-Trumper RINO” Michelle Ugenti-Rita appeared first on The Gateway Pundit.