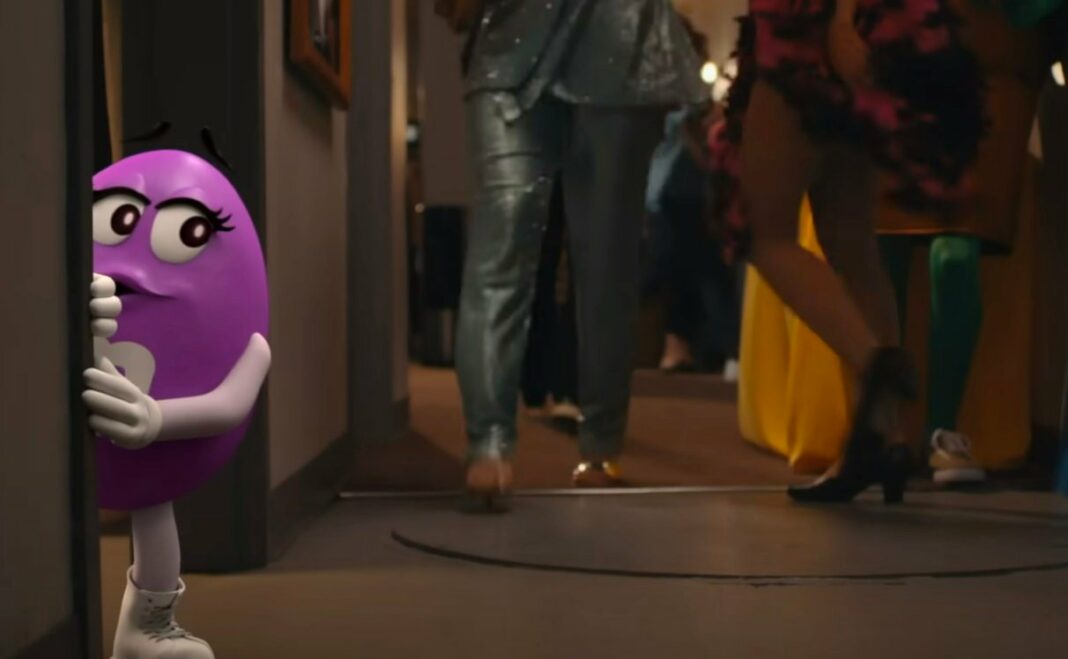 M&M’s has added a new “spokescandy” to their cartoon character lineup, designed to “represent acceptance and inclusivity.”

The character is the first new addition to the lineup in a decade.

“Designed to represent acceptance and inclusivity, our newest member is known for her earnest self-expression,” the brand said in a statement. “Keen self-awareness, authenticity and confidence are the driving forces behind Purple’s charm and quirky nature. She joins the legendary cast of M&M’S characters, who recently were given a refresh with updated looks and more nuanced personalities back in January.”

In January, the brand gave the Green candy a makeover to be less “sexy.”

“Mars is thrilled to debut the newest member of the M&M’S cast of characters to the world. There is so much about our new spokescandy that people can relate to and appreciate, including her willingness to embrace her true self – our new character reminds us to celebrate what makes us unique,” said Jane Hwang, Global Vice President at Mars Wrigley. “Our purpose story is just getting started and the introduction of our newest M&M’S spokescandy is the next chapter, as the brand continues to delight fans with fun in a way only M&M’S can.”

The company has opted to introduce the character with a song and music video titled “I’m Just Gonna Be Me.”

In the song, the character is repeatedly referred to as a “she,” leading many to speculate that they may make her a lesbian in a later ad. Her sexuality is not mentioned or discussed in the video.

#Sweepstakes What’s better than seeing @LilNasX in concert? Seeing him with US in NYC on 9/21! Reply with #MMSxLNXSweepstakes telling us why you want to see him for a chance to win.