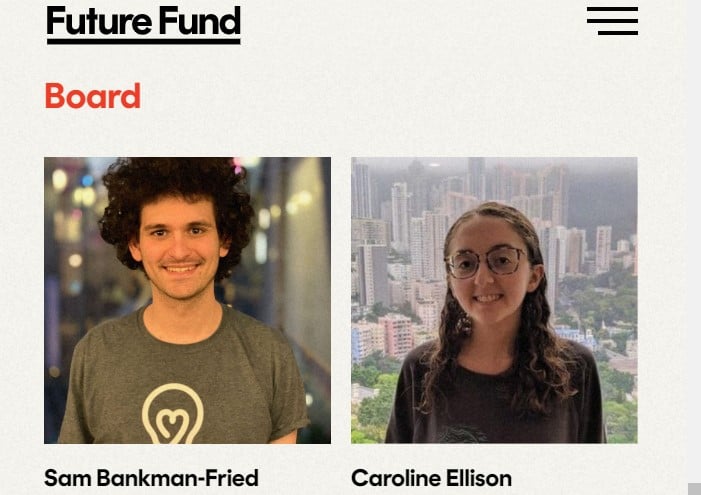 FTX was funding biological weapons shelters while laundering money from the Ukrainian government via crypto meant for their war efforts.

Millions ended up with the Democrat Party before the 2022 midterm election.

An interesting tip dropped on 4chan/pol website this weekend.

This was while he was laundering money with help from the National bank of Ukraine.

SBF launched a charity called the Future Fund and sat on the board with his former girlfriend Caroline Ellison.

The Future Fund was funding the construction and design of bioweapons shelters.

​
It appears that the links lead to legitimate websites tied to SBF.

And they were doing this while funneling money to Ukraine meant for their war efforts.

As TGP reported earlier, there were several US-funded biolabs sprinkled across Ukraine for some reason.

“There are 25+ US-funded biolabs in Ukraine which if breached would release and spread deadly pathogens to US/world.” Gabbard said back in March 2022.

“We must take action now to prevent disaster. US/Russia/Ukraine/NATO/UN/EU must implement a ceasefire now around these labs until they’re secured and pathogens destroyed,” she added.

There are 25+ US-funded biolabs in Ukraine which if breached would release & spread deadly pathogens to US/world. We must take action now to prevent disaster. US/Russia/Ukraine/NATO/UN/EU must implement a ceasefire now around these labs until they’re secured & pathogens destroyed pic.twitter.com/dhDTH5smIG

Tulsi Gabbard made her statement based on testimony from the Undersecretary of State for Political Affairs in Eurasia, Victoria Nuland.

Victoria Nuland admitted during testimony before a US Senate committee the existence of biological research labs in Ukraine.

The Democrat-fake news-media complex then attacked anyone who brought up the biolabs in Ukraine.

Then this happened– Russia released alleged captured documents from Ukraine exposing evidence of US Military Biolabs in Ukraine.

Russia made the accusations in front of the United Nations General Assembly.

This forced the Pentagon to finally admitted in a public statement that there are 46 US-funded biolabs in Ukraine.

Local Official Says Border City Of Yuma, Arizona Is On ‘Brink Of Collapse’ Due To Illegal Border Crossers

Local Official Says Border City Of Yuma, Arizona Is On ‘Brink Of Collapse’ Due...