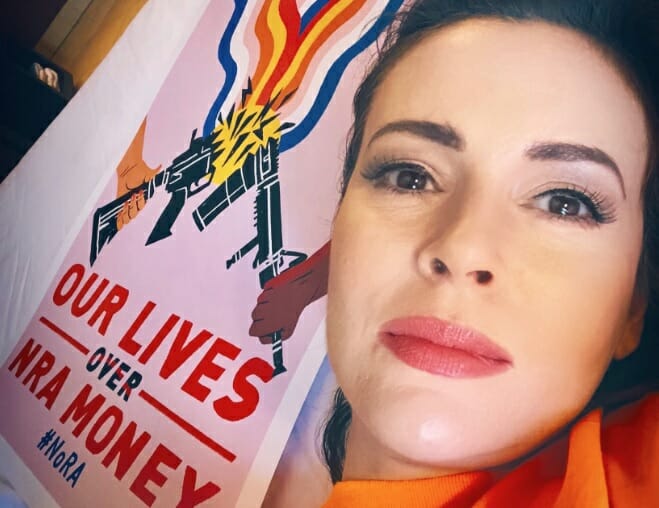 Washed-up actress Alyssa Milano, whose career peaked when she was in her teens, was back out on Twitter representing Hollywood and looking foolish again this weekend.

Allyssa, an outspoken supporter of abortion and totalitarianism, proudly announced that she was trading in her Tesla for a Volkswagon ev.

She says she does not want to support hate and since Elon Musk supports freedom of speech and the US Constitution he must support hate.
Do you see how this works?

Alyssa was annihilated for her exposed ignorance.

She obviously did not read up on VW’s ties to Hitler and Nazism.

And she’s not the best judge of character either.

You’re such a great judge of character – pic.twitter.com/KOpyUiGPRy

And then these old tweets popped up and poor Alyssa just got played – by herself.

Before it became trendy to hate Elon Musk, Alyssa Milano was his greatest fan. Why are people like this? pic.twitter.com/HkczFrAmFQ

Allyssa makes the perfect Democrat – a complete tool who even gets played by her own tweets.

The post Clueless Leftist Alyssa Milano Attacks Elon Musk Over Dangers of Free Speech – Then Her Old Tweets Pop Up… appeared first on The Gateway Pundit.