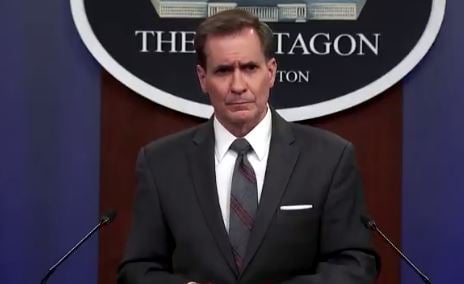 On Friday the Pentagon said Kabul  was not in an “imminent threat environment.”

Pentagon Spokesman John Kirby told reporters, “Kabul is not right now in an imminent threat environment, but clearly… if you just look at what the Taliban has been doing, you can see that they are trying to isolate Kabul.”

Pentagon spokesperson John Kirby said that Kabul was not in an ‘imminent threat environment‘ two days ago. How about now?#Kabul #Afghanistan pic.twitter.com/wY08TklS1f

By Sunday the Taliban was in complete control over Kabul.

Today we had this.

The moment when several people in Afghanistan fell from the plane because the were stuck to the tire of the plane.We did not deserve this misfortune.O Allah have mercy on us poor people.#Afghanistan #Afganistan #AfghanWomen #USA #america #Kabul #kabulairport #taliban pic.twitter.com/fs3n32M2a5

The post FAIL: Biden’s Pentagon Spox Said Kabul Was Not in an “Imminent Threat Environment” Just 3 Days Ago appeared first on The Gateway Pundit.