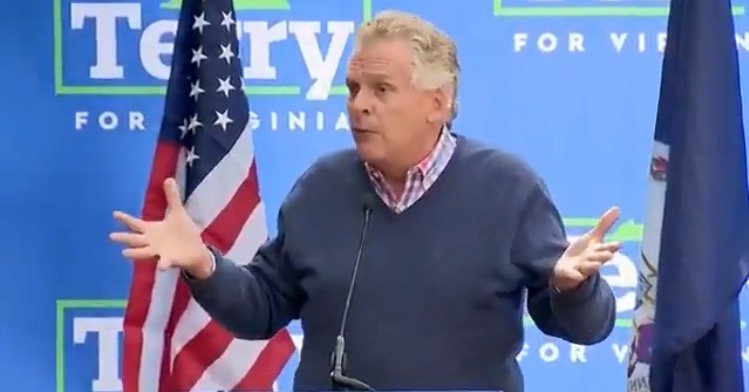 It’s Election Day in Virginia which means the Democrats are pulling out all the stops to cheat their way into a win as polls show Republican Youngkin ahead of Democrat McAuliffe.

All of a sudden Fairfax County (Dem stronghold) announced it is delaying its early voting numbers and won’t have the results by the 8 PM deadline.

Republican Youngkin is up by 12 points right now so the Democrats had to cause a diversion and stop counting ballots in order to regroup (just like they did in 2020).

“Election officials say they won’t have results by the county’s self-imposed 8pm deadline. No word on why there’s a delay or when we can expect those results.” – WAVY News reporter Kayla Gaskins said Tuesday evening.

Fairfax County (dem strong hold) is delayed in reporting early voting numbers. Election officials say they won’t have results by the county’s self-imposed 8pm deadline. No word on why there’s a delay or when we can expect those results. @WAVY_News

“No timeline set for the rescanning process”

McAuliffe camp says Fairfax County is delayed in its reporting of early vote totals, with no timeline set for a rescanning process. So, for now, early election results don’t include a strong-Democratic area. Something to note @13NewsNow

It looks like McAuliffe’s campaign needs to know how many ballots they need to overcome Youngkin’s lead.

The Democrats and McAuliffe are up to their dirty tricks.

There were countless reports of voter suppression and voter intimidation on Tuesday at polling locations.

There have been several reports from voters who claim they are being told by poll workers they are required to wear a mask in order to vote.

There is no mask mandate in Virginia and it would be against the law to require a person wear a face mask in order to vote.

The post BREAKING: Fairfax County is Delayed in Reporting Vote Count and Won’t Have Results by 8 PM Deadline: McAuliffe Camp appeared first on The Gateway Pundit.

Biden’s Policies Cause Surge in Unaccompanied Minors and Greater Chance of Child Trafficking –...