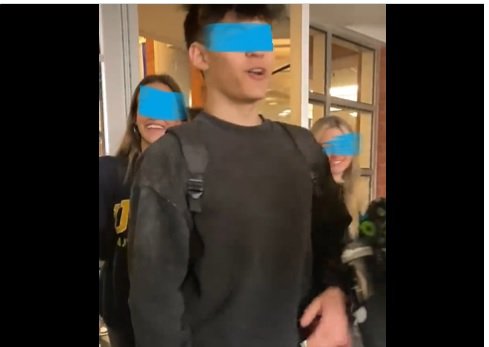 After an Illinois judge struck down mask mandates in Illinois, high school students in a Chicago suburb were still told to mask up or leave.

High school students in a Chicago suburb were told to mask up or leave. This was their response.pic.twitter.com/UQqNbetvDY

Meanwhile, in Hinsdale, Illinois the school officials forced unmasked children into the auditorium despite the judge’s ruling.

Parents in District 181 Hinsdale, Illinois are rebelling after schools forced unmasked children into the auditorium, denying them their right to an education in defiance of Illinois courts striking down mask mandates in a number of districts named in a lawsuit. pic.twitter.com/DJanEQPVI4

The post Illinois High School Students Told to Put on Masks or Leave — So They Walked Out (VIDEO) appeared first on The Gateway Pundit.

WAYNE ROOT: BIDEN IS NOT IN CHARGE. HERE IS EXACTLY WHAT’S HAPPENING.

WAYNE ROOT: BIDEN IS NOT IN CHARGE. HERE IS EXACTLY WHAT’S HAPPENING.

“No One Wants to Go to War with Russia Other Than Poland and a...