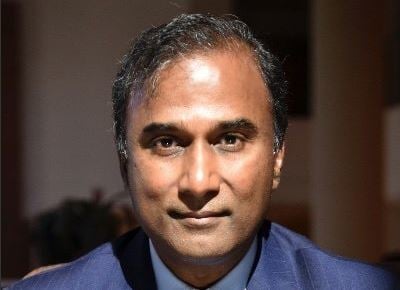 Dr. Shiva released a report a couple of days ago of his review of ballot images in Maricopa County from the 2020 Election.  His report shows some very specific issues in more than 15,000 ballot images.

He also notes that Cyber Ninjas withheld these images for months even though it was Dr. Shiva who was given the initiative to perform the review of these images.

Why was analysis of Ballot Images & CVR not performed as first step in the Maricopa Audit? Millions of tax payer dollars and time could have been saved, and such effort could have been directed to real issues e.g. chain of custody, signature verification to advance election systems integrity.
EchoMail  A.I. Ballot Image analysis identified 15,546 and 16,437 ballots that did not concur with Dominion A.I.’s preadjudicated tabulation and post-adjudicated tabulation, respectively. The Audit should have focused on these paper ballots versus reviewing all 2,089,563 ballots.
Why are 6,835 Modified Cards missing. Per policy, for every Early Voting Ballot (EVB) where an Original Card in the Presidential Race was flagged for adjudication, there should be a Modified Card.
When is a vote a vote given the inconsistent use of ‘IsVote’ flag by the Dominion A.I. system? Even experienced election officials cannot explain the inconsistencies?
Why are any ballots – even one – being adjudicated for the Presidential Race when the Original Card was never flagged for adjudication?
The legislature, not a private corporation, must define the actual parameters that the A.I. should adhere to in determining a vote, write-in, undervote, overvote, or ambiguous.

Dr.  Shiva provided a broadcast discussing the results of his work in Arizona’s Maricopa County of the 2020 Election.

iFrame is not supported!

Dr.Shiva provides analysis and results in this stunning presentation. He provides ample evidence that the 2020 Election results in Maricopa County alone were tainted. Ballots were pushed to adjudication that were never initially logged to do so. Thousands of ballot issues were identified.

Dr. Shiva also shares his frustration with the ‘grifters’ involved in the 2020 Election audits. These individuals appear to have been more interested in money and prolonging the analysis of the 2020 results than in determining the outcome and the issues to be addressed.

His team wanted to perform this work for a long time but they didn’t receive the uncorrupted ballot images until after the audit was presented to the Senate.

This is a remarkable presentation that we wholly suggest you watch if you have the time. Also, the key point here is that this is not all. There are some BIG TICKET items coming out that Dr. Shiva will soon release.

Family and Doctors are Baffled by the Sudden and Unexplained Death of a 16-Year-Old Stamford...

“Communist” Left is Outraged that Breitbart Doxed the Names of Couple of FBI Agents...

Pelosi-Biden’s Inflation Bill Passed with 35 Percent of the House Voting Remotely and the...