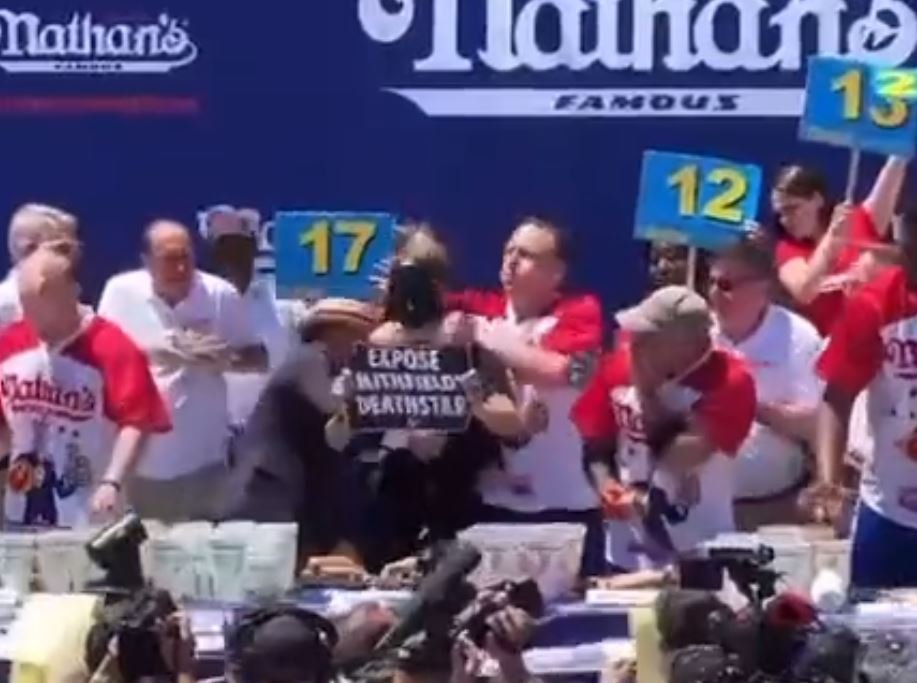 The annual hot dog swallowing event is held on Coney Island every year on Independence Day.

Joey is currently ranked No. 1 in the world by Major League Eating.

On Monday, during the middle of the competition, an animal rights protester ran up on stage next to Joey Chestnut carrying a sign reading, “Expose Smithfield Deathstar.”

When the protester jumped on stage next to him Chestnut wrapped his arm around the protester’s neck and took him down to the ground.

This took place while Joey was chewing on hot dog.

He went on to win the competition.

The post MUST SEE: Hot Dog Eating Champ Joey Chestnut Chokes Out Animal Rights Protester and Takes Him to the Ground with a Mouth Full of Weiner Before Winning Contest (VIDEO) appeared first on The Gateway Pundit.