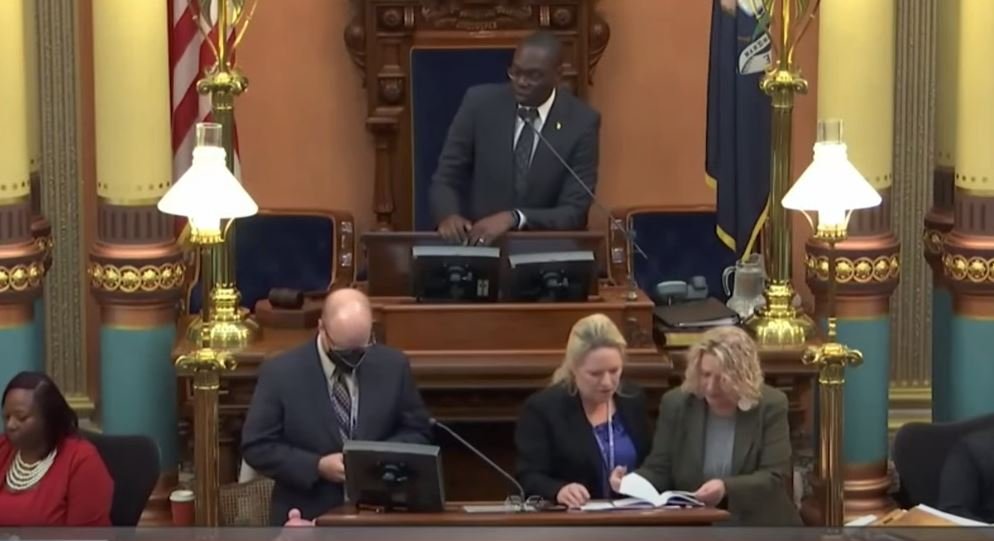 Michigan State, which alone receives over $300 million each year from the Republican-controlled Michigan legislature, recently considered a resolution to sever relations with any Republican-affiliated business having business with the college with $1.5 billion in annual revenue.

COLLEGE LEFTISTS: NO REPUBLICAN CAN DO BUSINESS WITH OUR COLLEGES

Michigan State University trustees are set to vote on a resolution Friday that would seemingly put vendors on notice: Support the political agenda of Democratic board members, or forget about doing business with the college.

Passage will trigger an explosive feud with the Republican-controlled Legislature, which holds MSU’s purse strings.

Claiming the legislative package is intended to suppress the votes of Blacks and other minorities, the proposed resolution states … “it is understood that companies make political contributions for their own business reasons, including entities that are recipients of contracts with Michigan State University.

The malicious left knows that corporations don’t donate to campaigns, but their owners and directors do, and that’s what this is aimed at: forcing businesses to demand their employees stop making political donations otherwise they might lose valuable contracts with the state college.

In response, the Michigan legislature this week approved $750 million in new one-time state gifts for renovations and new buildings.

These campus expansions keep happening even though the college enrollment across the state keeps declining.

Colleges have a strong incentive to keep people enrolled, however, because the debt is guaranteed by the federal government and many of the students are basically paid to be part-time students.

One Republican activist in Detroit explains the local college and community college scam: “If you’re poor, you get to go to college for free, there are so many programs to pay expenses, room and board, and food. If you know the right programs, you get paid to go to college. This system encourages all these people to scam the system and be perpetual students and there’s no pressure from colleges to stop them. Meanwhile, working-class people pay too much for tuition and taxpayers get screwed.”

The post Michigan College Considers Cancelling Republican Contractors, So State Republicans Give Them $750 million appeared first on The Gateway Pundit.