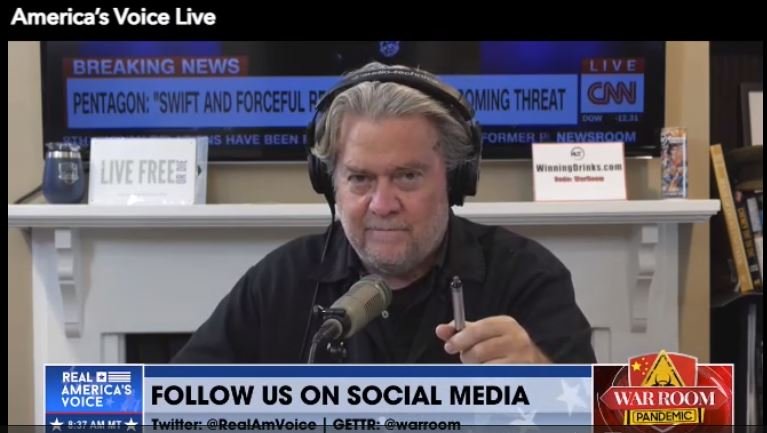 Steve Bannon went off on Monday following another weekend of Joe Biden humiliating American and destroying its legacy.

On Sunday Joe Biden and his administration showed up at Dover Air Base for their photo-op with the 13 heroes they led to slaughter in Kabul last week. Joe and Jill and their cohorts were too ashamed to remove their face masks during the ceremony on a windy day on the tarmac.

On Monday Steve Bannon UNLOADED on Joe Biden and his destruction of America.

Steve Bannon: You don’t take the mask off so that the honored dead can go by? So they can see down from heaven the faces of those who consigned them there? I know it’s harsh. I’m sorry it’s harsh. But that’s reality… Biden says I’m getting us out of the war, I’m getting us out of the war. Not to self, the war is just starting. You’re not getting out of a war. You’re retreating from Dien Bien Phu.

The post STEVE BANNON GOES OFF after Another Weekend of Joe Biden’s Continued Humiliation and Destruction of America (VIDEO) appeared first on The Gateway Pundit.