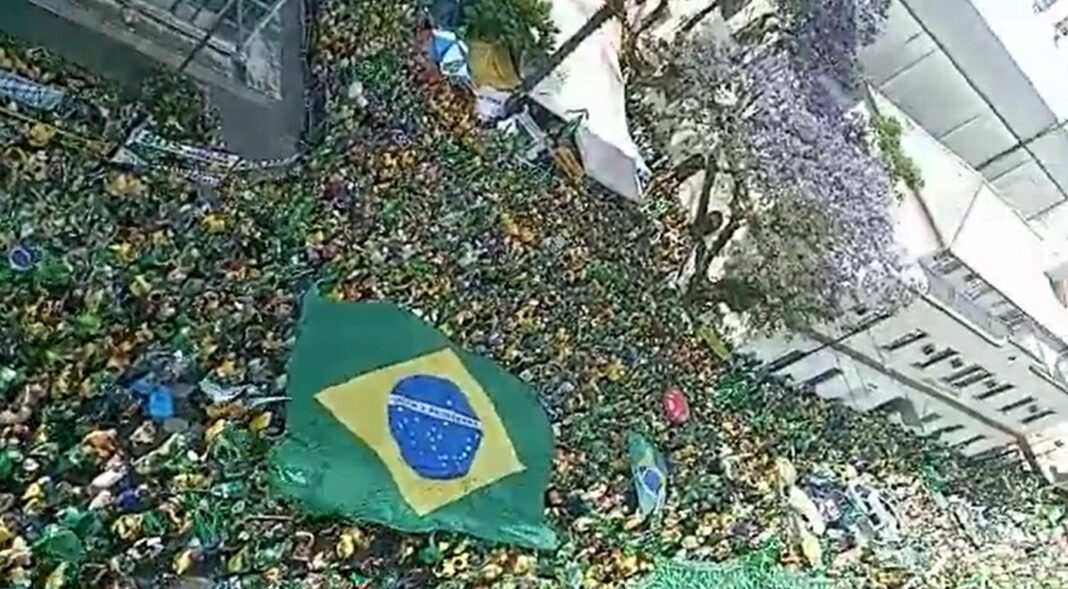 Tyrmand has been reporting on the massive democracy protests against the Socialist party after the stolen presidential election last month.

In a freak election, where every vote was tallied by machines, Socialist felon Lula da Silva managed to win the election despite his party losing seats in the parliament against the very popular Jair Bolsonaro.

It was reminiscent of the US elections in 2020 and 2022 with impossible results that cannot be explained.

Tyrmand says the Brazilian military is ready to invoke Article 142 and save the nation from the Marxist horde.

The military stands with Bolsonaro and is ready to invoke Article 142 of the Brazilian Constitution, which says that the military has the role of “guaranteeing constitutional powers” under the “supreme authority of the president.”

Tell me Brazil is not the little brother of US stolen elections.

DO LULA’S SUPPORTERS EXIST ONLY VIRTUALLY? It is a mystery why Brazilians have never seen Lula’s supposed 50 millions of supporters, who appear only inside voting machines but never on the streets. Are they even real? #BrazilWasStolen #BrazilianSpring #HumanRightsViolations pic.twitter.com/0IT3RWUYaY

The post BREAKING: Brazilian Military Stands with Bolsonaro – Is Prepared to Invoke Article 142 to Save the Nation (VIDEO) appeared first on The Gateway Pundit.

Biden Lashes Out at House GOP: “We’re Moving in the Right Direction…Now We Gotta Protect Those Gains From the MAGA Republicans in the House”...

Biden Lashes Out at House GOP: “We’re Moving in the Right Direction…Now We Gotta...