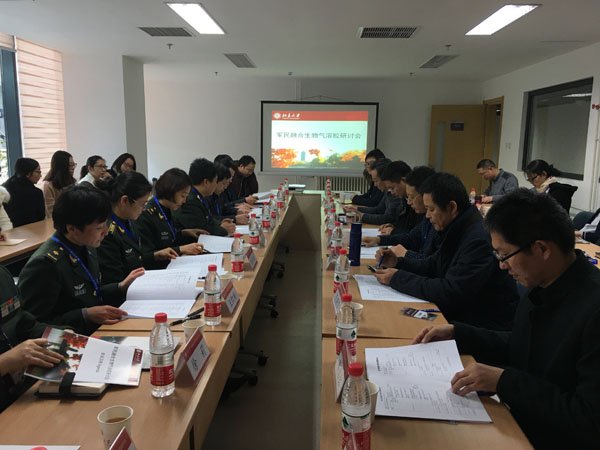 In an article recently published on The Gateway Pundit, a source inside China during the early stages of the COVID-19 pandemic and familiar with the operations of the Chinese People’s Liberation Army (PLA) claimed that a test release of the virus was conducted during the 2019 Military World Games, which was held in Wuhan from October 18–27, 2019.

According to that source, the subsequent outbreak in Wuhan was entirely unexpected. That is, there was no accidental laboratory leak, but the unintended COVID-19 spread among the Chinese population of Wuhan for which the PLA had vastly underestimated its transmissibility.

If there was an environmental test of COVID-19 by the PLA, whether at the 2019 Military World Games or elsewhere, expertise in the areas of environmental microorganism surveillance and the analysis of the spread of viral disease in human populations would be essential.

In recent years, the PLA has made extraordinary efforts to fulfill those requirements, starting with the fusion of military and civilian bioaerosol research, which was initiated at a joint symposium between the PLA and Peking University held on January 8-9, 2017.

Everyone should accept the fact that in China there is no difference between military and civilian research. The fusion of those research and development sectors was mandated by the 2016 Chinese Communist Party’s Thirteenth Five-Year Plan.

The news report of the symposium cited over two dozen different Chinese universities joining the PLA Institute of Chemical Defense, the PLA Veterinary Institute, the PLA Academy of Military Medical Sciences and the PLA 302nd Hospital to establish a strategic plan for bioaerosol military-civilian integration and avenues of cooperation.

If there was a test release of COVID-19 into the environment, one that precipitated the pandemic, Mao-sheng Yao and Shun-xiang Huang were likely involved.

Mao-sheng Yao is an expert in the surveillance and measurement of microorganisms in the environment, who, incidentally, was entirely educated in U.S. universities, receiving a Master’s degree from the University of Alabama, a doctoral degree from Rutgers University and postdoctoral training at Yale University.

In December 2019, Mao-sheng Yao was granted a Chinese patent entitled “Method for rapidly detecting pathogenic microorganisms in air and respiratory tract on site.”

Shun-xiang Huang is an expert on the spread of viral disease in human populations. In December 2020, he and his colleagues at the PLA Nuclear, Biological and Chemical Institute published an article on how an influenza epidemic would spread in the U.S.

Both Mao-sheng Yao and Shun-xiang Huang have received high honors and awards from the PLA, which indicates the importance China places on military bioaerosol research and development.

China’s military-civilian bioaerosol research consortium, including Chinese commercial companies, are closely connected to the PLA’s Military Veterinary Institute in Changchun and its affiliated research centers, which we have previously identified as key elements of China’s core secret military biowarfare program and their potential roles in the creation of COVID-19.

The contribution of the PLA’s Military Veterinary Institute to China’s biowarfare program and the U.S. universities affiliated with it and funded by the National Institutes of Health and the U.S. Department of Defense have been described in previous Gateway Pundit articles, here and here.

Yu-Wei Gao of the PLA’s Military Veterinary Institute has no less than nine patents in the last eight years dealing with various aspects of microorganism aerosols.

Together with other colleagues at the PLA’s Military Veterinary Institute, such as Director of the Institute General Xianzhu Xia, Yu-Wei Gao performed animal experiments testing the environmental airborne transmission of influenza viruses capable of infecting humans, as well as genetically-engineering the same viruses to enhance their infectivity.

Clearly, the PLA had the capability of conducting an environmental test of COVID-19. The task ahead will be to gather evidence specific to COVID-19 to corroborate the information provided by the source inside China claiming that such a test did in fact occur.

That investigation and an analysis of Chinese military documents are currently underway.

Lawrence Sellin, Ph.D. is retired from an international career in business and medical research with 29 years of service in the US Army Reserve and a veteran of Afghanistan and Iraq. His email address is [email protected].

The post BREAKING EXCLUSIVE: Bioaerosol Research Performed by China’s Military May Have Started the COVID-19 Pandemic in October 2019 appeared first on The Gateway Pundit.